10 Myths of Email Marketing and their Truths

Email marketing is a highly effective medium, which is why it is important to have the right knowledge for a successful campaign. Know 10 myths of email marketing and the truth about them; take full advantage of this useful business tool.

Email marketing is a channel that everyone knows, and nowadays there are no companies that do not use this medium to contact their customers, whether to inform them about offers, new products, events or news.

However, due to its popularity, and the years it has been running, there are many statements about mailing that many people believe to be true and that could prevent an effective campaign that really generates sales or even discard this marketing channel for business.

That is why in this blog I will tell you about 10 myths of email marketing based on my experience so that you can know the truth about them and make the most of this tool:

Not at all. Despite the fact that nowadays various new channels have emerged to boost a business, such as social networks. The reality is that email is something that does not go out of style. And is that any website you enter will have its subscription form for the newsletter, which shows that it is still booming.

60% of Online users check their email 4 times a day and 75% of them think it is the most effective way to contact them. In fact, the platform for receiving and sending emails Gmail has more than 1.5 billion active users acording to Statista.

Even speaking of personal tastes, there are many users (77%) who prefer to receive things by email before other means, because it is a safer way to store important information.

So email marketing is still relevant. It’s just a matter of determining the right type of strategy for your industry and clients.

False. Email marketing is one of the media with the highest conversion rate. If the conversion rate was low, do you think companies would continue to use it? Do not.

It is true that every day we receive many emails to our inbox and several of them go to the trash without being read. However, users who manage to subscribe to a newsletter are because they are interested in the content, so the chances of conversion are higher than in other media. According to DMA, the rate is 66%, being one of the most effective channels.

Another point to consider is that despite not being immediate, it generates a connection with the audience if the right words are used, the relationship and trust with the client can be improved and increased by sending content that interests them. In addition, email marketing does not depend on algorithms to generate reach compared to social networks that hinder a good marketing job.

Many think that sending the same email to a series of subscribers to a database is spam, however, it is not. Spam refers more than anything to indiscriminate emails for merely advertising purposes.

Yes, it is true that sometimes our clients’ servers detect our emails as dangerous, but this mainly happens if the subscription has not been confirmed, or if our email contains many suspicious elements.

But it’s all a matter of using the right marketing tools to get to your readers’ inbox, for example, MailChimp.

4.- There are optimal days and hours to send emails

All the beliefs that for example, on Mondays nobody opens the emails because they accumulate on the weekend, or in the afternoons when they already left work, are pure assumptions. Also, posting at the same time as other companies will only make your email more likely to get lost.

The reality is that if the customer is interested, the conversion always comes, and each company must find its ideal schedule through a study of behavior campaign after campaign. Despite not seeing immediate results, 85% of users take between 1 to 2 days to open emails, so patience also plays a big role.

5.- If you send more emails, you get better results.

False, it is believed that this way you will appear more in the inboxes, but remember that it is all about the quality. What is the use of sending so many emails if the content is junk?

So, choose a convenient frequency for you, either once a week, every fifteen days or every month, but make sure you can comply in a timely manner and include relevant information.

6.- A long subject, with capital letters or certain words leads to spam

Although it is a reality that short subjects are more direct and attractive, not because they are long will they be sent directly to spam. Studies show that short emails have a higher open rate, but messages with subjects greater than 60 characters have a higher click-through rate.

Also, it is thought that the use of capital letters in the subject is detected as suspicious by the antispam filters, however, there is no study that shows that this has a negative effect on the campaigns.

Another point to consider are words like “free” in subjects. The reality is that Internet Service Providers (ISPs) do not label emails as spam by including certain words in the subject line.

7.- Quantity is more important than quality

Many times companies focus on creating a giant subscriber base. And although it is important to get users to subscribe to your emails, the most important thing is quality. Because it is useless to have thousands of people if none of them reads you or is interested. Then better to have few subscribers who can become potential customers.

8.- Responsive design has no relevance

Today, most people have a Smartphone device, and for this reason, they access their email from their mobile phone. So sending emails with a responsive design adaptable to any device is essential to increase the conversion rate and be successful.

Did you know that 75% of people would like to receive Email Campaigns that adapt to their different devices?

9. Inactive or unsubscribed users are bad

As for inactive users, it is believed that it is convenient to remove them from the subscription list, in order to filter the customers. However, studies show that inactive users open their emails after 6 months.

So it’s important to ask yourself when is an inactive user considered and when should they be removed. I recommend that you better ask that user to update their preferences in exchange for an incentive to get their attention and have the possibility of making it active.

Now, if a subscriber unsubscribes, it doesn’t have to be a sign that something is wrong. But on the contrary, it should be seen as something positive since it eliminates an uninterested person and allows you to focus on those who are, in addition to providing information on the reasons for their withdrawal for future analysis.

One of the main concerns has been to find a way to connect with young people, since they have different tastes and their methods are always changing. Most companies and marketers are always inclined towards the use of social networks, but is it true that young people no longer use email?

There is data that shows the opposite. For example, 73% of millennials prefer email to receive commercial communications from companies over other channels, and 72% of the population between 18 and 24 years old consults email on their Smartphone, spending more time than the average on their inbox.

So, email is still a suitable channel for any type of audience.

And that was the list of 10 myths related to email marketing! Did you already know the answers? I hope this blog has helped you inform yourself and with it, begin to get the most out of this channel, which is undoubtedly a good strategy to build loyalty and convert into sales. 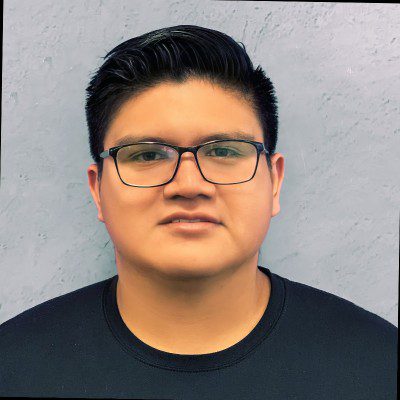